“Delivery” is reviewing the terms of rendering an additional service “Delivery to “Privatbank” postomat. From March 1, the Company is changing its tariffs to render additional service “Delivery to Privatbank” postomat. Starting from March 1, the Company changes its tariffs to render the service to the clients, depending on the size of the postomat box:

Thanks to an opportunity to send the cargo to “Privatbank” postomats, the clients of “Delivery” can receive documents and parcels not only in 296 representative offices of the company, but also through a network of 1,100 automatic postal terminals, located in the bank branches all over Ukraine.

Delivery of the parcel can be ordered to the nearest postomat and collect it within 72 hours. For this purpose the sender needs to state the address of the bank branch. The addressee receives an SMS about arrival of the cargo to the postomat. After authorization through the terminal of “Privatbank” with the banking card or by the mobile phone number, the addressee collects the parcel from the postomat’s opened box.

To pay for delivery of the goods to the postomat can be done through “Privatbank” terminal by cash and also through COD payment through your Personal Area at “Delivery” website. The client can also pay the value of the goods with all the mentioned methods.

To find out more about the advantages of the service for the clients click here.

Resumption of the warehouse in the city of Gorodnya

Dear Clients!
We are glad to inform you that since 06.03.2018 the warehouse in the Gorodnya city is returning to the usual mode of operation.
We are always glad to see you at our representations! 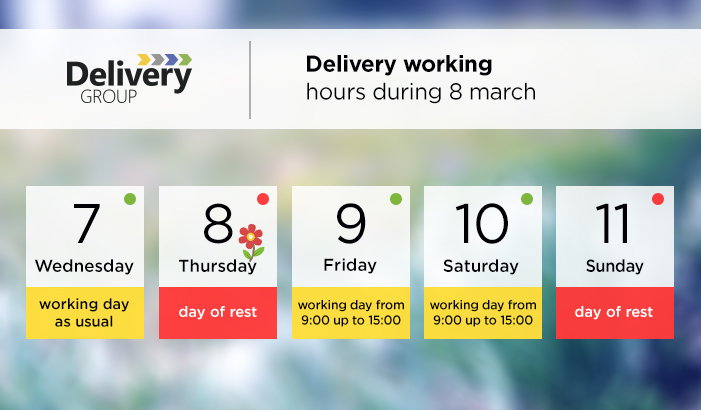 We kindly ask you to notice «Delivery» work schedule during 8 March:

Thank you for understanding.

Changes in the work of warehouse in Gorodnya sity

Pay your attention, please to the warehouse in Gorodnya, at the address on May 1st. It doesn’t work by the technical reasons.

We are apologize for the temporary inconvenience.

Offer “I want more in March!” 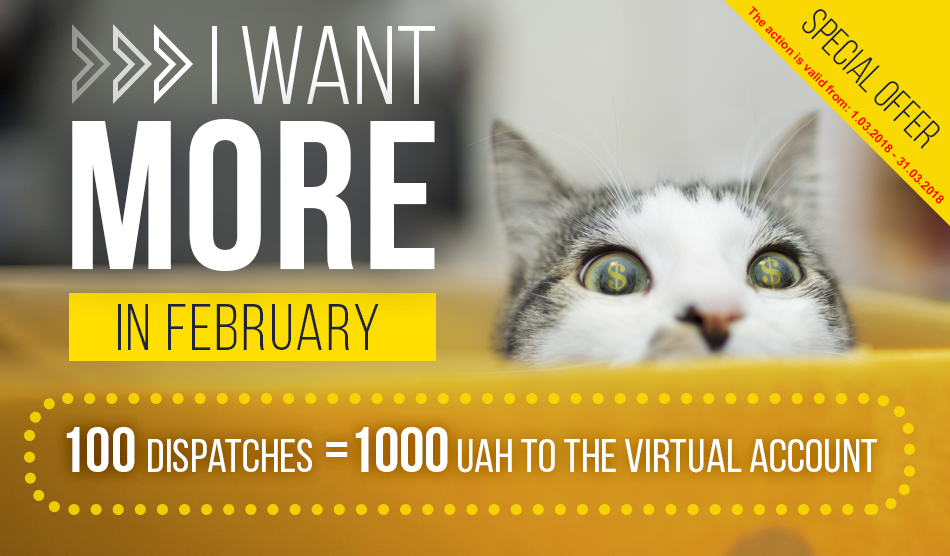 Spring - is the time for freshening, flowering of life. There is a desire to take off all winter burden, to enjoy, to dream, to strive for perfection...

We decided that we are ready to take off a burden of extra money!

From March 01 to March 31 for every shipment or receipt of cargo via Delivery Company, we return 10 UAH of bonuses to your virtual wallet in Loyalty program!

100 bonuses (points) is the equivalent of 10 UAH in a virtual wallet.

You will be able to spend the accumulated points for payment for transportations "Warehouse - Warehouse” via Delivery Company, or exchange them for pleasant gifts.

To take part in the special offer:

We are glad to inform you that on March 2 new representative office of the company will be opened in Irshava city (Zakarpatstkiy region).

We are waiting for you at the address: 29/2, Fedorova str.

Attention! Delays of cargo arrivals are possible throughout Ukraine!

On the first day of spring, it is expected considerable deterioration of the weather conditions throughout almost entire territory of Ukraine. Ice-slick, strong snowfalls and snowstorm transport traffic, influence the timely deliveries of your cargoes and delays in addressed logistics.

Winter storm covered the South part of Ukraine - traffic in the tracks is massively forbidden in this region.

Strong wind made snowdrifts on the roads in Kharkiv and Odesa regions, up to 20 cm of snow fell in Dnipropetrovsk region! There are many semi trucks that stopped at the entrance to Dnipro city because of ice-slick and large layer of snow. The entrance to the city was forbidden for the semi-trucks yesterday.

It is also snowing in the Central part of Ukraine. Due to forecast, it is not going to stop snowing till the end of day. Huge traffic jams were formed at the entrances to the capital, because of forbidding the entrance of full-size vehicles (till 10:00 am), which are staying in kilometer traffic jams in front of the entrance to the city.

Restrictions to entrance of full-size vehicles are valid in Kyiv, Dnipro, Zaporizhzhia, Kropyvnytskyi, Kremechuh, Mykolaiv, Odesa cities and on the separate sections of the roads of Zaporizhzhia, Odesa, Mykolaiv, and Kyiv regions!

We exert maximum efforts to ensure that you receive your cargo on time!

This is a reminder that from February 27 the weather warning is announced throughout most of Ukraine. Strong snowfalls and snowstorms, wind gusting to 25 m per second are seen in Kirovohrad, Dnipropetrovsk, Poltava, Odesa, Mykolaiv, Kherson, Zaporizhzhia, and Donetsk regions From March 01 weather deterioration is also expected in Sumy and Kharkiv regions.

These weather conditions can provoke traffic breakdown or its interruption on the separate sections of the road and the streets.

For our part, we exert maximum efforts to ensure that you receive your cargo on time!

Movement of the warehouse in Monastyrysche city

Draw your attention to the fact that from March 01 the warehouse in Monastyrysche city (Cherkasy region) temporarily suspends due to movement. You will get a further notice about date of opening of the warehouse and new address -  follow the information updates on the website.

This is a reminder that the Delivery Company continues to open new warehouses in accessible locations with convenient driveways. The representative offices that were opened earlier change their addresses to be closer to you!

Delays of cargo arrivals are possible!

Due to considerable deterioration of the weather conditions in Kirovohrad, Dnipropetrovsk, Poltava, Odesa, Mykolaiv, Kherson, Zaporizhzhia, and Donetsk regions, delays of cargo arrivals are possible throughout most of Ukraine.

Also draw your attention to the fact that due to snowfall on February 27 some warehouses of the company work according to the special schedule: work of Odesa-3 and Odesa-6 is suspended from 10:00 am, the warehouse Odesa-5 is closed from 11:00 am.

You will get a further notice about the resumption of work. Follow the information updates.

We exert maximum efforts to ensure that you receive your cargo on time! 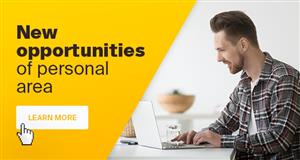